You may already know Him 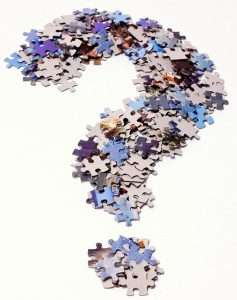 "Question mark made of puzzle pieces" by Horia Varlan is licensed under CC BY 2.0

Look.  All blogs from The Voice Actor Blog are supposed to be a comical interlude to your week.  A refreshing break from the maddening norm of auditioning-marketing-recording-rinse-repeat.  Inspirational in nature.  As I have logged many blogs now in that vein, it is only fair that I am now entitled to indulge in a bit of a confession.

Yes.  Seething with envy, in fact.  So consumed by, and brimming over with envy, because, all things considered, I have come to the painful conclusion that I utterly suck in every way.  As a voice talent, I sometimes think I do a great job, and that I will be of a benefit to those who listen.  But there are bound to be drawbacks from my performance, because I have discovered that I am not the best voice talent.  Kind of like those drug commercials where, no matter how beneficial the drug might seem for its 10-second description, it is immediately followed by about a half hour of unfortunate possible side effects.  These side effects usually include nausea, blindness, detaching limbs, and Sudden Unexpected Detonation (SUD).  Whenever I see such a commercial, I am truthfully filled with a curiosity to test it out – on someone else, while watching popcorn. Please count that as my second confession for this blog, and I will see myself out.

The honest truth is that no matter how hard I try, I will never be the best voice talent.  Not by a longshot.  I will therefore resign myself to groveling in the dust, and relegating myself to second-string, fifth-wheel, or like an appendix: whatever an appendix does for the human body, which I do not think anyone knows, other than to collect things and then explode when it is least convenient for you or anyone near you who is not covered in protective plastic.

Before anything else explodes, let me say that I truly am in genuine awe of this Voiceover Artist.  I know who it is, and it is my good pleasure to reveal to you Their Identity.  They have been around for a while, and they truly know what they are doing.  They are able to work miracles with their voice. I am not kidding.  Their voice truly is miraculous.

If you have not figured out yet who I am talking about, then I want to encourage you to talk to my Labrador, Macy.  Macy is beautiful and sweet, but does not understand a lick of English beyond:

After all, I am speaking in modern English and am not using parables.  Therefore, you should understand by now who I mean.

Speaking of parables, that was another clue.  I will now reveal The Identity.

I am of course talking about God Himself, the Supreme Being, the Greatest Voiceover Artist Of All Time.  After all, He’s been doing this since, well, In The Beginning.

Pleased to Meet You, My Name is God 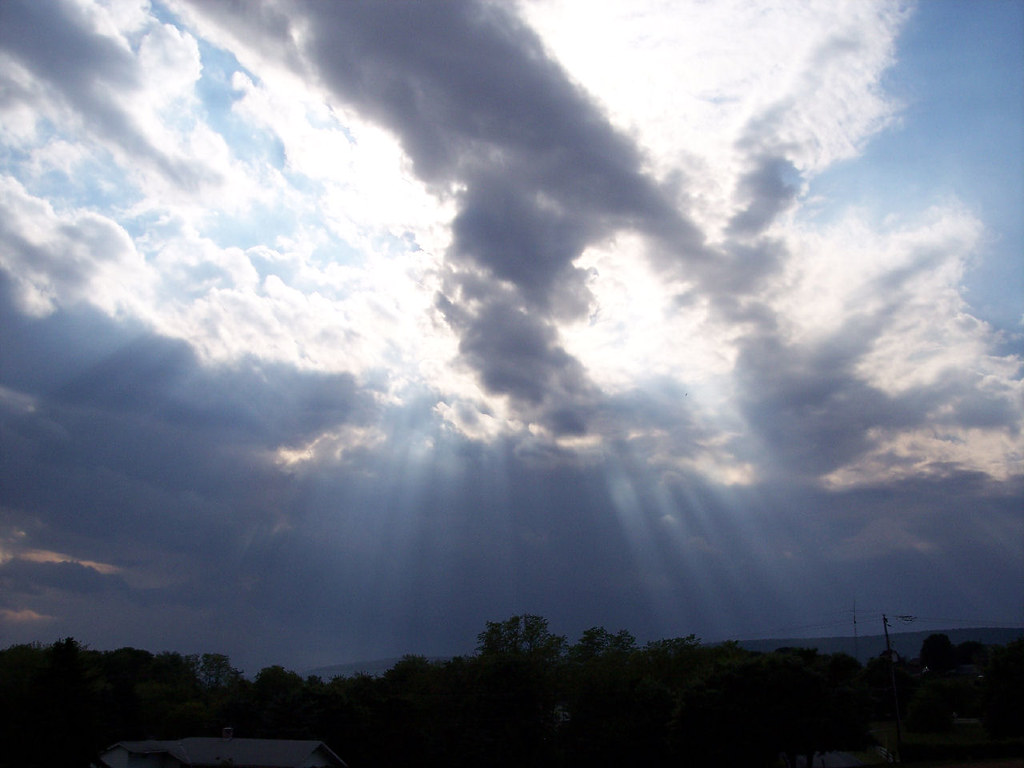 "Hand of God" by RiverRatt3 is licensed under CC BY-SA 2.0

Let’s face it.  Whether you believe in God or not, you have to admit that the story of God Himself speaking the universe into existence is pretty darn cool.  I am told it is even more cool than having Mac n’ Cheese with Aidell’s sausage chunks for dinner, which, for our family, is the apex of coolness.  (My children refer to this entrée as “fine dining.”). I would 100% of it each time we make it, but my wife feels that our children need food.  I am certain this food will be in Heaven.

Anyway, God, The Greatest Voiceover Artist Of All, once said “Let there be light.”  And there was light.  Amazing.  (He later would go on to say “Let there be Thomas Edison to put this light thingy into a small glass thingy and mass produce it for profit”: an interesting side-story). I am not kidding when I say that I would have genuinely liked to have been there during Creation, just to see it all unfold.  I would of course hold my breath there, floating in the vacuum of space, lurking like a creepy pre-human God-stalker, beholding the Creation of the universe in all its majesty, as my air slowly ran out, and the loss of external pressure caused the gas inside my lungs to expand, which would rupture my lungs and release air into my circulatory system. After about 10 seconds or so, my skin and the tissue underneath would begin to swell as the water in my body started to vaporize in the absence of atmospheric pressure. I am told that the moisture on my tongue would begin to boil as well.  And because I would be exposed to unfiltered cosmic radiation, I would get a nasty sunburn and a case of decompression sickness. I would not freeze straight away, despite the extremely cold temperatures, because I would be near a source of heat, that being the Big Bang, which I am told was hotter than Sigourney Weaver in her prime.  Thus, my body would mummify.  Finally, my corpse would drift in the vast expanse of space for millions of years. 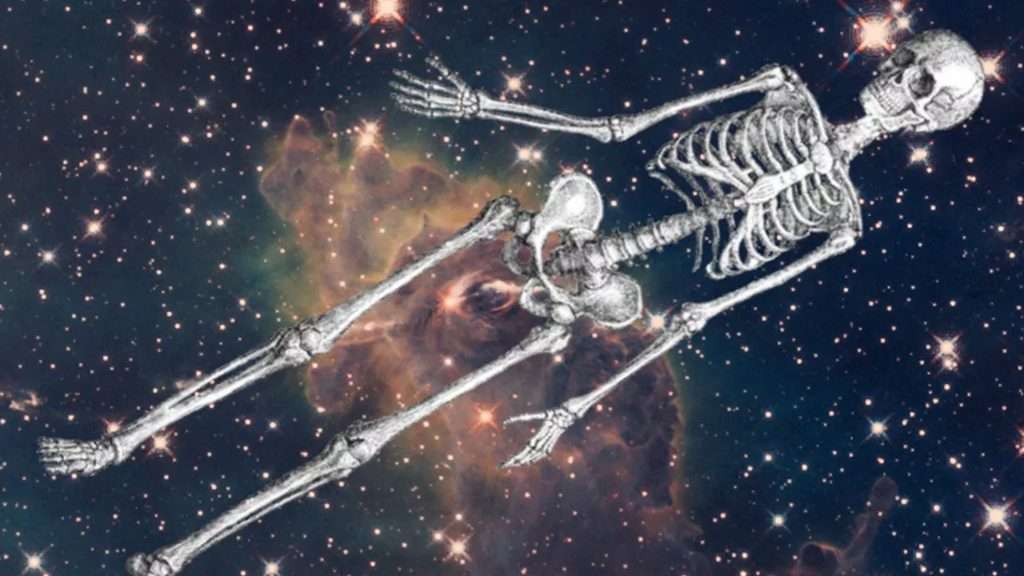 I do not think that was my point.

However you slice it: God, The Greatest Voiceover Artist Of All, spoke everything – everything, even Twinkies, which last forever! – into existence.

Using only the power of His Voice, accompanied by a logic-defying ability to produce voiceovers without even rendering to 320kbps mp3, God, The Greatest Voiceover Artist Of All, brought to life everything we now see and know in Nature.  Human beings have since been so unswervingly appreciative and grateful for His creative majesty, that we have painstakingly tried to destroy Him in every way and remove every trace of His existence from the Pledge of Allegiance, all forms of money, and bumper stickers about canine co-pilots.  In fact, I can just hear God saying, “you mad, bro?” 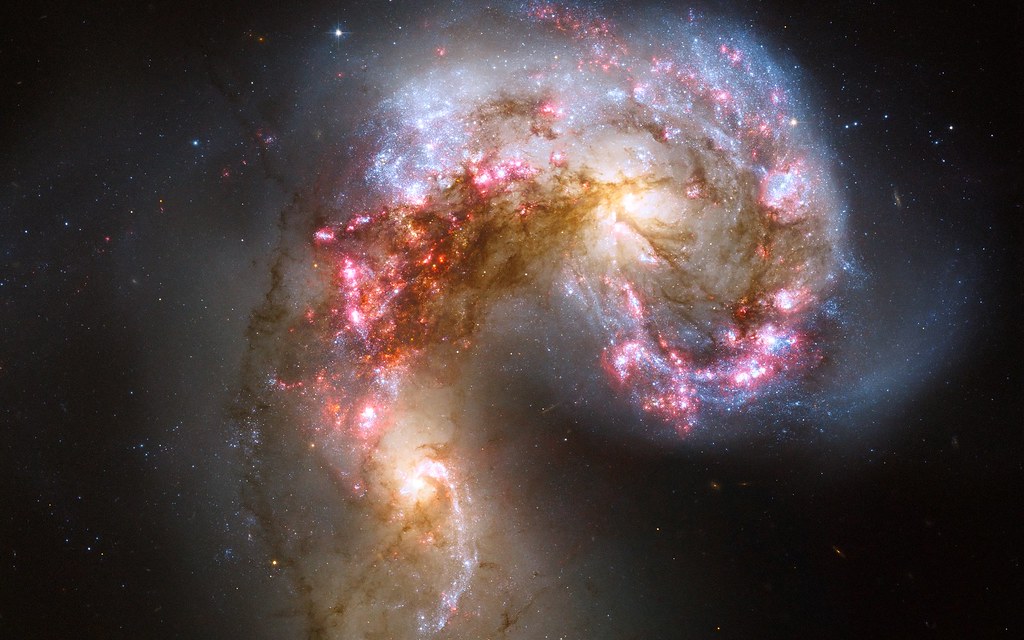 "Space - Antennae Galaxies" by Trodel is licensed under CC BY-SA 2.0

I have not ever once spoken anything into existence, to my knowledge.  In fact, I very much am prohibited from speaking anything into existence, including obedience from my sins.  I am sorry...pardon me, I meant my sons, who are 5 and 2, going on 16 and 13.  These are the very ones who I was under the impression God preprogrammed with a desire to love and obey me, and yet have a sinister code baked into their DNA which instructs them to do the very opposite of that which I have commanded.  My Ten Commandments mean nothing to them.  In fact, any time I speak any commandment sternly to my erring 2-year-old, Asher, he will simply close his eyes at me, which I take to mean that he believes I no longer exist and will soon go away.  Waiting until he opens his eyes again has also proved futile, as he has an uncanny ability to keep his eyes closed for all eternity until either:

But, fellow voiceover artists, he who has an ear, let him hear.  Let there be light shone onto this subject in the beginning and lo, to the end of time. Amen.  It is up to us to speak things into existence.  Just like God, The Greatest Voiceover Artist Of All, we have been bequeathed a wonderful power:

Speaking words of wisdom, let it be.

We have a tremendous responsibility and God-given privilege as Storytellers.  We get to do the same thing God got to do!  We are entrusted with lifegiving words and the ability to speak things into existence, such as encouragement, hope, direction, guidance, reassurance, motivation, drive, focus, vision, and other things that make sentences much longer.

Are you stuck feeling that your voice is mute, or that its without power?  Rise, take up your voice, and speak.  I command you.  Listen!  Stop closing your eyes at me.  Why do people keep doing that???

Maybe I was better off frozen in space.  I am certainly no match for God, The Greatest Voiceover Artist Of All, and everyone else just keeps closing their eyes at me.  I’ll just head back up there.  Where did I leave my Twinkies?

Need a voiceover?  Request a quote today or visit my Demo Reel. Or subscribe.  Or do other things.