Because NO: he did NOT come to town. 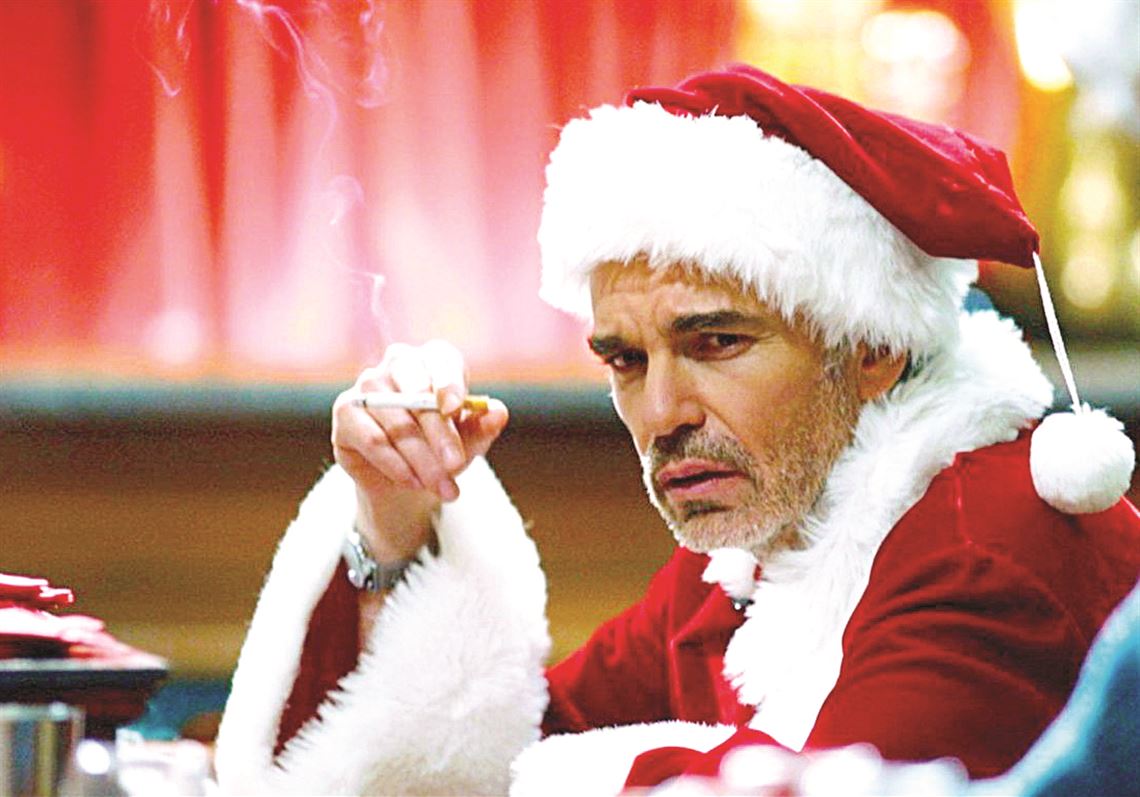 A Most Necessary Update

Well, here we are.  It’s the holiday season once again, and that brings me to some unfortunate conclusions that I am compelled to address.  It is time to peel the onion of illusion of that great gift-giver himself, Mr. Santa F. Claus of The North Pole.  The F stands for Fraud.

So!  With no further “a-goo,” here’s my beef with Santa, and why I’ve placed him on the naughty list, because literally Not One of these were granted to me: Capital N, Capital O.

Your big fat red fanny is MINE, Santa 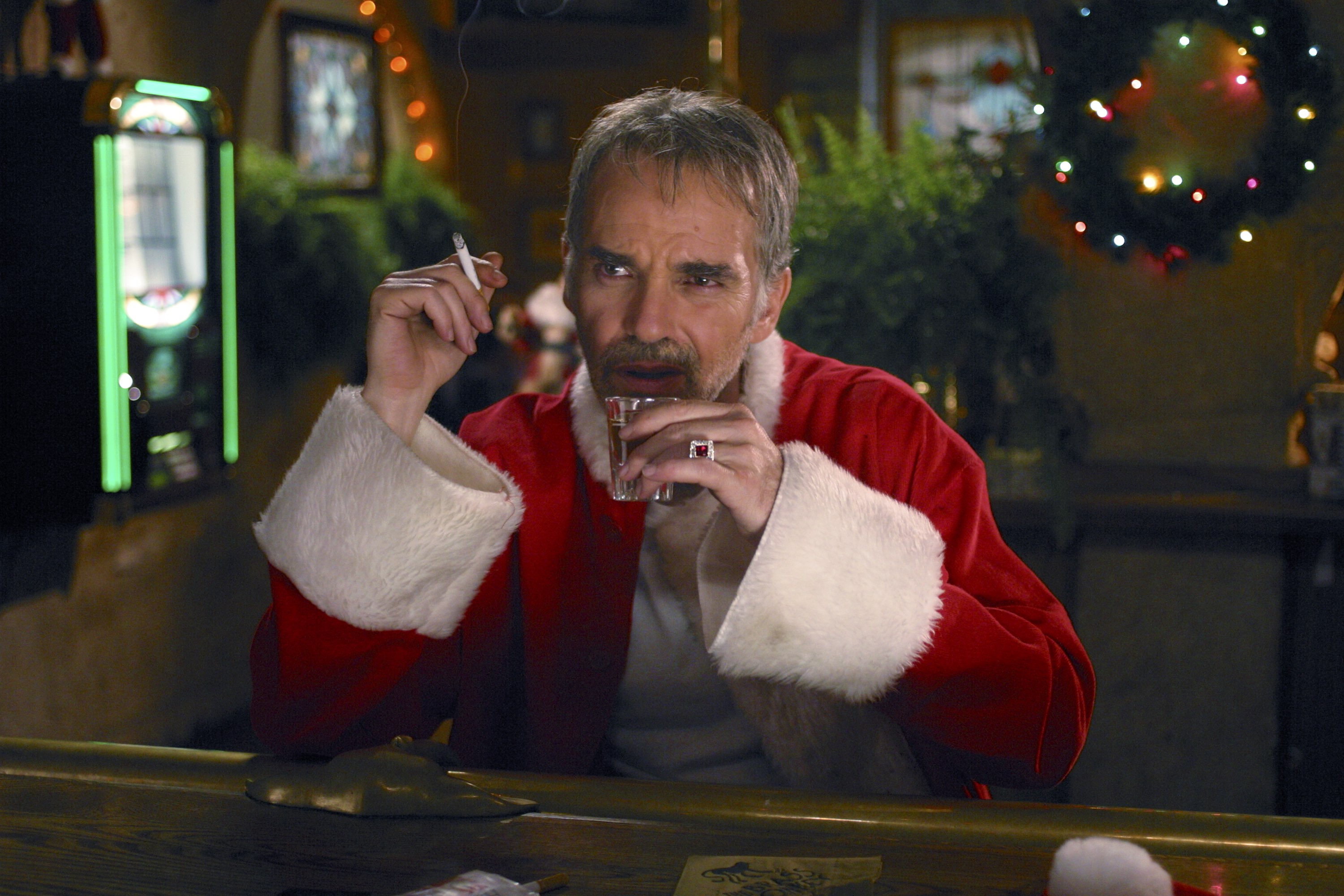 Here’s my beef with the Big Man.  I asked for a few small things, just a few.  Not too much to ask, just a little something here and there to make my day a bit brighter and for me to conquer the entire universe.  And did Santa deliver?  No, not even a little bit.

Here’s my list from last year – not too much to ask – followed by a bit of gratuitous moaning and griping by me:

1. A push pin. You see, there are spiders here, and I just found one in my studio while I was recording. A push pin will allow me to carry around some measure of defense in order to shield myself from this creeping threat.  Oh and also not shriek like a hyena when I see one.  My customers are starting to complain about unexpected wildlife noises in their recordings.  So a push pin would be great: I have impeccable aim, and I won the International Spider-Skewering contest in Mumbai seven years in a row.  It is there that I am known as “Master Spider-Skewerer The Great”, which in Mumbai means “little wailing sissy hyena boy.”  Don’t judge me.

So!  I ask you: did Santa bring me a single freaking push-pin?  NO.  Not one.  I had to buy my own, thank you indeed, you big Jolly Elf, for making me expend my hard-earned dollars on my own push-pins.  Thanks a lot Santa.  Word to the Weihnachtsmann: I’m comin’ for you.

Are my children still screaming?  Can I still hear them?  Do I wish the hyenas would get them?  Yes to all three of them.  But they remain loud and unmaimed.  Thanks for nothing, “Saint” Nick.

3. Alternatively, you may provide me replacement children, and no further soundproofing will be needed.

Am I stuck with the same old kids that make far too much noise for my voiceover taste?  Yes.  Yes indeed I am.  ‘Preciate it, Pelznickel.

4. Triple-platinum memberships on all of the P2P’s which will enable me to receive all audition notices 3 weeks prior to all other recipients. You know, to ensure fairness.

It grieves me to report that I am still only on the $1400/year tier with Voice123, and only the lowly premier memberships on the other P2P’s.  Was I awarded any such triple-platinum memberships anywhere?  “Ehhh…no”, as the minions would say.  Nice work, Nick.

5. Magic dust to sprinkle across the video production world, that would cause all heads and ears to turn their ears towards Seattle and hearken unto my voiceover prowess.

Well, let’s see.  Is everyone hearkening unto me?  Again, no.  Sweet job, Swiety Mikolaj.  The only cool thing resulting from this is that I was able to use the word “hearken” in a sentence.  Harrummph.

6. Said magic dust should also come in the flavor of strawberry and be sprinklable over ice cream.

7. Said magic dust should also come with the ability to be sprinkled over my car and turn it into a Lamborghini, as well as my food into lobster.

I have no words. And also I have no magic dust container that sparkles.

9. Die Hard on an endless loop (because it’s a Christmas movie).

You’ll have to read the blog to understand what I mean by this one.  But ultimately, though there have been no confirmed reports of agent abductions, I’m quite certain that at least one happened.  And if it hasn’t, then I’ll prepare my abduction plans to ensure that this blog remains 100% truthful.  It’s called reality distortion, and I like it.  Beautifully done, Babbo Natale.

You got the wrong Santa 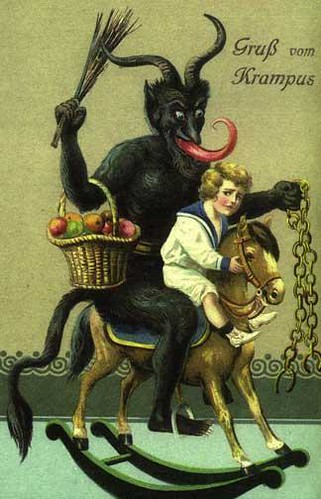 "Gruß vom Krampus: Greetings from the Krampus: Happy Christmas? by Artist unknown" by dullhunk is licensed under CC BY 2.0

It appears that Krampus was actually the one that was listening last year, and someone somewhere was asking for widespread unrest, global disease and plague, murder hornets and unmitigated misery, and that was the list that was made and checked twice.

So!  There you have it.  I think it’s clear that up there in the North Pole they’re a couple cans short of a six pack, and not necessarily running on all cylinders.  Elevator doesn’t go all the way to the top.  All foam, no beer.  I think we’ve discovered who was naughty or nice.  I think you understand me now when I say that it’s time to replace the big man with someone who WILL give me what I want at least once a year, with shiny ribbons to boot.

It is however, scientifically possible that Santa, being invariably described as overweight, and carrying a payload of roughly 321,300 tons for the roughly 2 billion children in the world, needing to travel at 650 miles per second and absorbing 14.3 quintillion joules of energy while he is subjected to centrifugal forces 17,500.06 times greater than gravity as he is pinned to the back of his sleigh...is dead now.

Therefore, I see no reason to be good next year.

20 thoughts on “I put Santa on the Naughty List”