(aka One Man's Journey Into Voiceovers) 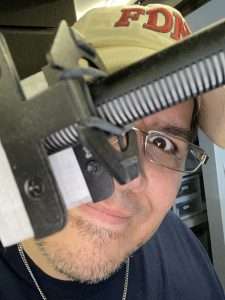 A Long Time Ago, in, well, a city right next door

I am no longer thin.

But bright-eyed and bushy-tailed, I was ready take on the world.

To tackle the world.

To annoy the world.

As a telemarketer, I enjoyed the rich privilege of calling people up during dinner, and offering them something that I was prepared for them to like, and they were prepared to refuse.  I was selling Public Service Announcements, aka Community Service Announcements.  If memory serves, most conversations went something like this:

Me: “Hi, Jack!  This is Joshua Alexander on behalf of KPLZ Radio, how are you?”

Me: “Hi, Jack!  This is Joshua Alexander on behalf of KPLZ Radio, how are you?”

Them: “Look, stop calling me, I don’t want to buy anything.”  Click.

Them: “Stop calling me!”

Them: “The police are on their way.”

Me: drops phone and runs.

It was a very enjoyable job. I got a lot of exercise by running from angry people, so I was making some good money (when they bought) as well as losing weight.

But on the rare occasion that I started out my phone calls offering them $20 if they would just-please-listen-for-one-cotton-pickin’-second-I-need-to-buy-food-and-heat, I managed to explain that I was calling on behalf of KPLZ radio and wanted to share with them a good cause.  I would go on to explain - after providing them my credit card number for their shopping pleasure - that we here at the Good PSA Company were all working on:

Clients were, for the most part, welcoming of the first three.  I would press play on my tape bed that was piped into the phone, and begin to recite, with eloquence that would rival The Sermon on the Mount, some pre-written PSA dripping with sentiment that not even Sally Struthers could one-up me on.  I would insert their name as the sponsor, i.e., “Good sound advice brought to you by Jack’s Plumbing.”  The only thing better would have been playing “In the Arms of the Angel” in the background, as they would then be defenseless against my powers.

The call would then continue:

At any rate, one time I dutifully read my voiceover script, chuckled off my Dan Rather line, and the client actually bought!  I am not trying to be self-effacing here…many clients actually bought several times, and on one occasion I was esteemed the honor of Sales Rep of the Month, and another, the Sales Rookie of the Year.  It was a superb experience.  If people would just stop hanging up on me.

But some actually didn't hang up on me.  In fact, they said, "We like it!  We'll buy, but only if you read it on the air."  I was unprepared for this.  I stammered, leaned back, searched for a manager and said, in my most professional posture, "Uh, they, uh, they want me to read it - they'll buy it if I read it - can I read it? Hello?"  If memory serves, the managers would hang up on me as well.

But - long story short - I got permission to read it in the studio.  So when the time came to record it, I left my humble telemarketing desk, proceeded into the studio, slapped the headphones onto my ears, and entered a whole new world.  I fell in love.  Not the kind of love you experience when you open up and see the innards of a Taco Bell burrito…no.  No, this was much more powerful.  I’m talking about the rush you experience when you finally know what love is, just like Foreigner sang about.  I truly hope Foreigner eventually found out, because they kept saying it and saying it, and the radio still plays it.  I wish them well on their perpetual journey of discovery.

As for me, I had found what I was destined to do.  Voiceovers.

Do What They Say, Say What you Mean...One Thing Leads to Another 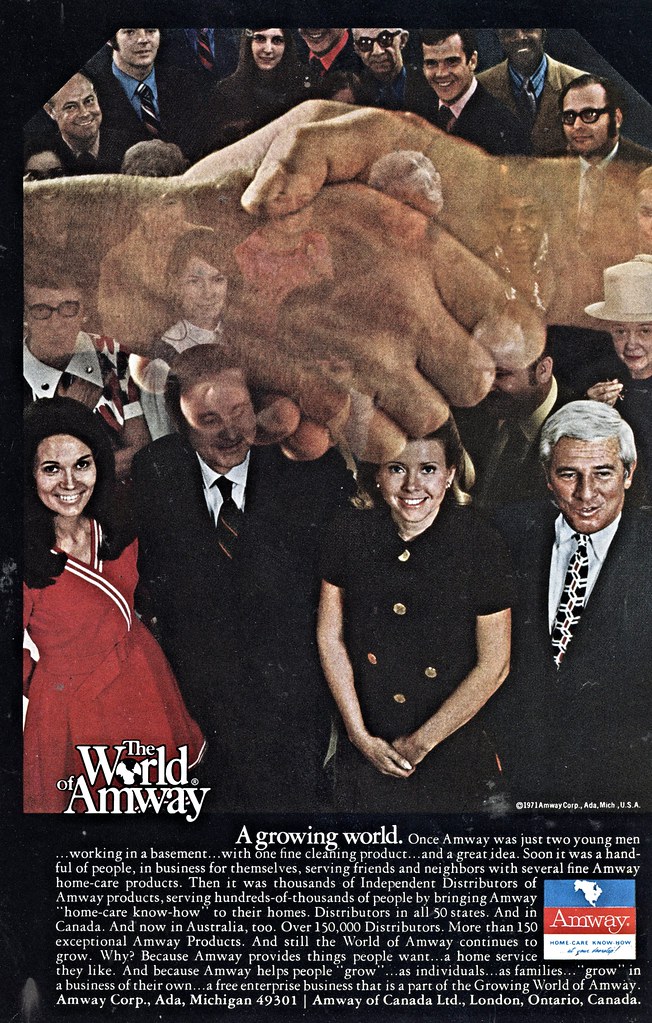 Now, life takes you in different directions, so even though I swore that I found my life’s calling in voiceovers, don’t get all Judgy Judgerson that I joined Amway.

I told you to stop laughing at me.

So there I landed in 2003, starting what would eventually become a thriving multimedia production company and seeing it flourish to the point of being able to move past Top Ramen for dinner, graduating to the more expensive imitation crab meat slathered in margarine.  I already told you I was no longer thin.  Please pay attention.

By mid-2007, almost 14 years ago now, I had gone full-time into self-employment and was incredibly successful.  In fact, I never looked back, except to see if I had toilet paper still clinging to me: a necessary maintenance check given that I was so incredulous at my success that I was, ahem, exploding with joy.  Bless the Lord for visual imagery.

I was content, satisfied, overjoyed, and vowed never to be hung up on by Jack ever again. 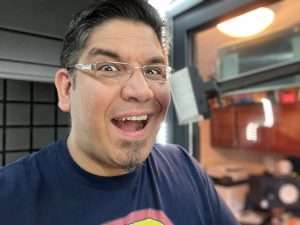 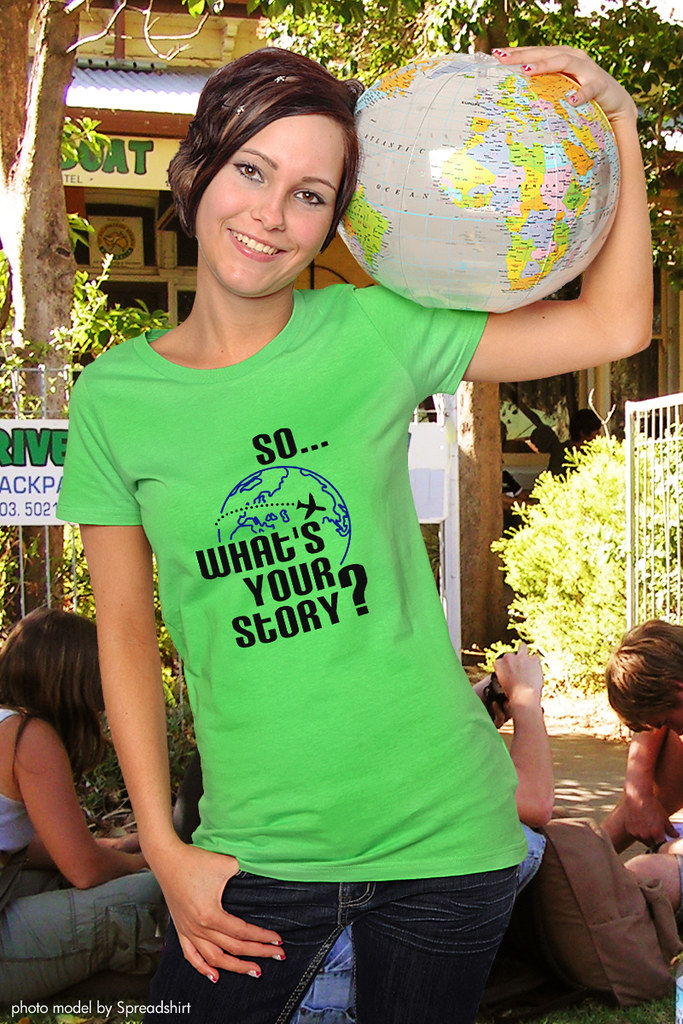 "So... what's your story? Women's T-Shirt" by danielboard is licensed under CC BY 2.0

We all have our own unique stories for what led us to voiceovers.  Some of us came from DJ’ing.  Some from podcasting.  Some from singing.  And some of us - I’m talking about the elite and highly favored by God - from a telemarketing background.  We Former Telemarketers have a thick skin and meaty hides.  We can take a lot, because we've taken a lot.

Wherever you personally came from, you have unique skills and talents for being successful at voiceovers.  Those talents may include:

Whatever your talent, whatever your journey, you have a lot to bring to voiceovers.  My challenge is to take time and figure out your gifting from previous careers or pursuits that you can then apply to a career in voiceovers.  It isn't just about using your voice, after all.  Having a "cool voice" does not a good voiceover artist make.  And you don't learn it all in one day.

There are many people who should not be doing voiceovers.  They know just enough to make them dangerous, and they spew out the first bad advice that pops into their head and call it "good."  I can name a few serial purveyors of bad advice. Don't get me started.  *end of rant*  Whatever your REAL gifting that doesn't involve HURTING THE INDUSTRY, DRIVING DOWN RATES AND SPEWING OUT BAD ADVICE, use it!!!  *end of second rant*

For me, I brought to my voiceover career:

As my wife is famous for saying, “Everything in the past has led to now, and I’m in love with now.”  I couldn’t say it better, so I won’t even try.  Talk to her.

I’m in love with now.

As an update...I'm still annoying the world, I just don't do it over the phone anymore.